The Huerta de Murcia region is bordered to the north and south by two mountain ranges that border the river plain of the Segura river, a few kilometres from the Mediterranean Sea.

Among the municipalities of the Huerta de Murcia are Alcantarilla, Beniel, Murcia and Santomera, which represent a population of 504,206 inhabitants.

This is a valley through which the Segura river passes, which for many years has been forming a fertile bed for cultivation. Into this bed, the Guadalentin river also flows, contributing to the formation of the region.

The first inhabitants did not live in the valley because it was marshy land with a high risk of flooding. Although the Romans harvested in the region, the Muslims took it upon themselves to drain the marshy land and design an effective irrigation and drainage system.

After the reconquest of Murcia by Alfonso X the Wise, most of the Muslims went to Granada and left the land of La Huerta de Murcia depopulated. It was handed over to the Christians, who created the so-called smallholdings.
In the 16th century, hydraulic works were built such as the boardwalk, the channelling of some sections and ditches, and various waterwheels that raised the water for the irrigation of crops.

During the 20th and 21st centuries, the Huerta de Murcia region has suffered a decline in terms of its agricultural potential, due to the subdivision of the farms, which makes them unprofitable. The construction of infrastructures such as highways, railways and industrial zones, among others, also increased.

The city of Murcia

The main city of the Huerta de Murcia region is the city of Murcia, its capital. The most emblematic building is the Cathedral of Saint Mary, located in Cardenal Belluga Square. Some parts were added or renovated in the 18th century, so different Baroque and Renaissance styles are present.

Tours & Activities in Murcia
In Cardenal Belluga Square is also the Superior School of Dramatic Art and Dance, located in the old Major Seminary of Saint Fulgentius, and the Episcopal Palace, the latter divided into two parts: the central body made up of a patio and the hammer which was the viewpoint of the bishops. 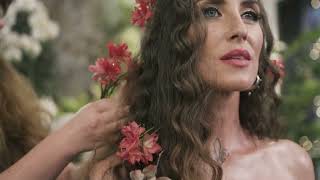 This square is recognized as the political centre of the city, where the City Council and Plateria and Traperia streets are located, connecting La Cruz Square and Santo Domingo Square, where the Royal Casino of Murcia is also located, and the Cerdá House.

Other emblematic sites are the Julián Romea Square, surrounded by mansions such as the Vinader Palace, Las Flores Square and Santa Catalina Square.
The Monastery of Saint Clare la Real is one of the most important monuments in Murcia, built in the 15th century and in which are the remains of the old Muslim Al-Qasr al-Sagir (Minor Alcazar), from the 13th century.

Regarding the parks and gardens, the Floridablanca Garden stands out. It was built in the 19th century in the El Carmen neighbourhood. It has leafy trees and monuments dedicated to the Count of Floridablanca and the poets Pedro Jara Carrillo and José Selgas, among others.

Also important are the Malecon Gardens, where the orchards of the Franciscan convent were located. It fulfils the function of a botanical garden and is located next to the Malecón promenade.

The Jardín de la Seda is very showy, located in the San Antón neighbourhood, where the old convent of Los Diegos used to be. It currently retains a fireplace and has sports areas and a central auditorium.

The largest in the city is the Park of Isaac Peral, also called the Park of the Three Cups. It has a fountain in the centre, in the shape of three cups where the water falls from the top. It is located in the La Flota neighbourhood.
Huerta de Murcia region Travel Guide