What is the Murcian panocho?

Although the origin of the term panocho is not known, it is said that it was born in the 19th century in the city of Murcia, as a way of imitating, belittling and vulgarizing the speech of the inhabitants of Segura. However, more authors are questioning this conception. Currently, the hypothesis with the greatest weight is the one affirming that the word panocho comes from the Arabic banuch, which means: "the one from the earth, the rooted one, the one from here."

Characteristics of the Murcian panocho

Some characteristic aspects of this dialect are the “seseo”, the sound of the aspirated "h" and the “j”, eight vowel sounds, the open pronunciation of words, the ending of many words with the suffix "ico" and labiodental use, with a distinctive feature in the sound. 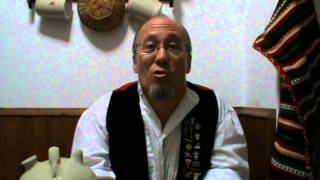 The panocho feeds on characteristics inherited from the lexicon of the Arabic, Castilian and Catalan languages, as well as features of southern Spanish, and even some 5,000 words from other native people.

Although its characteristic accent is very distinctive, peculiar and difficult for Murcians to understand, especially if the speaker has a closed accent, the panocho has become a benchmark for comedians when making jokes about the region of Murcia.

Is panocho a dead language?

The reality is that this dialect is losing strength in the region of Murcia. There is a cultural association known as L'Ajuntaere, which recognizes and defends the Murcian panocho and fights to keep it alive and continue its use.

For this reason, they deal with speaking and “esturriar” (spreading) this language throughout the region of Murcia, and even the investigation of it.
Huerta de Murcia Travel Guide
Vega Media del Segura Travel Guide

Murcia in the Philippines?

The flag of the region of Murcia